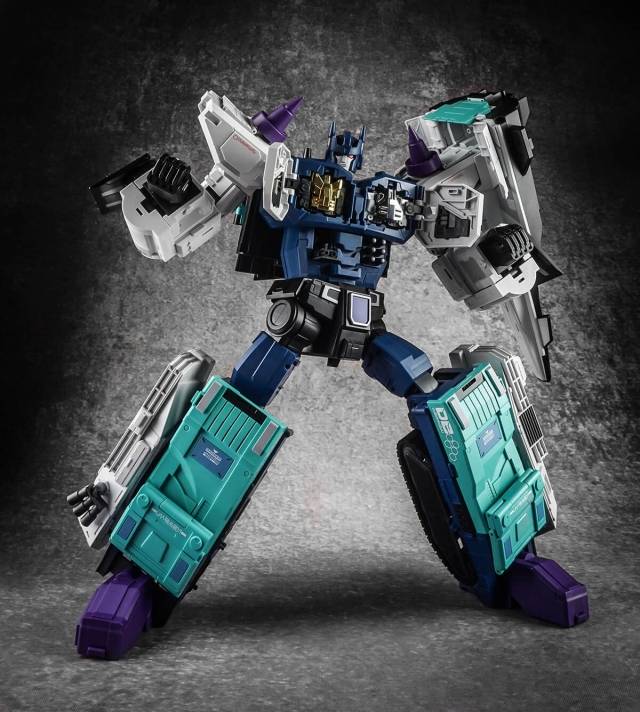 Get ready to take your collection up a notch with MB-08 Double Evil, the latest figure from Fans Hobby.

Fans Hobby figures are designed using modern manufacturing techniques and are constructed of high-quality ABS plastic and features stainless steel etching plates in the cockpit area detailing:  perfect for displaying in your collection.   Fans Hobby offers a large assortment of high-quality 3rd party transforming figures.  Thier figures and upgrade sets have a superb attention to detail, are highly articulated and posable and all of their line is Masterpiece scaled. 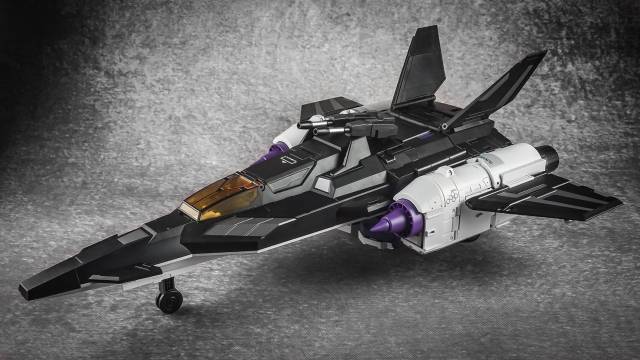 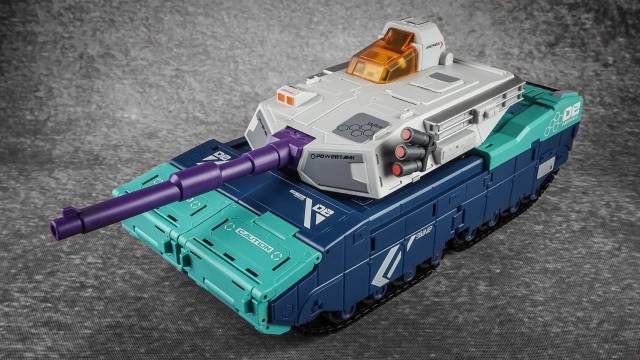 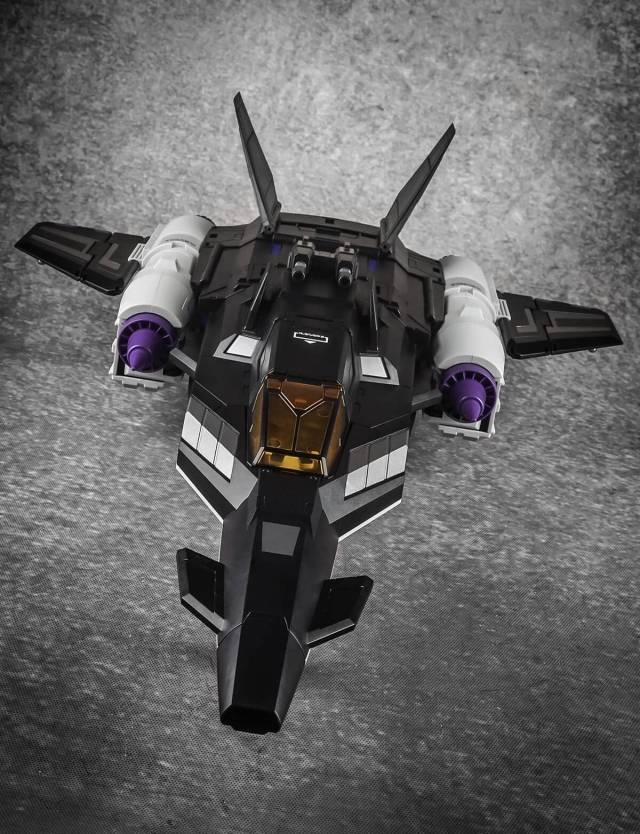 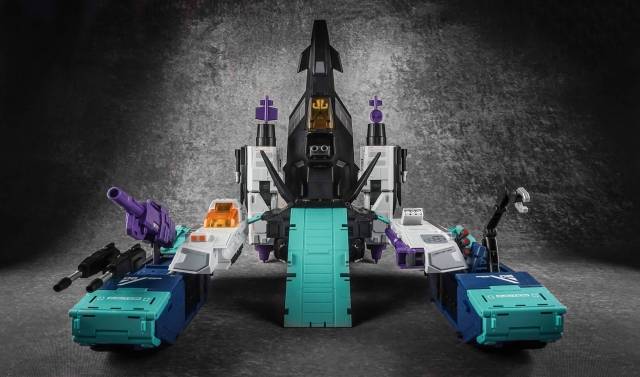 Just got this one, had I'd known that it was so detailed I would've bought it sooner, I love this guy, well done ðŸ‘

Nuff Said. Buy it or weep.

This guy is incredible, the colors are great, the transformation is fun, quite a bit of articulation for such a big guy.

I highly recommend buying the upgrade kit with this guy.

Gorgeous figure. Perfect detail. Amazing articulation but the Tank never arrived? So I got my figure with no legs. And I have no clue what to do, because there's no option to purchase it separately so the company mist have messed up

I love this figure, but the only gripes are him being a bit top-heavy and his hands are a little limited.

If you are looking for an accurate G1 update to the iconic character Overlord then look no further.
Everything about this masterpiece is undeniably engineered with the utmost attention to detail.
This is the power master Overlord that represents everything Great about the classic Japanese Decepticon Leader from the cartoon.
Solid construction, powerful joints, and FUN!
The transformation is intuitive and feels great.
The jet transformation takes some careful parts forming, but when done the jet is beautiful.
The tank holds its own. It looks just like an M1 tank and reminds me of the G.I. Joe tank from my childhood. Base mode is great, but of all the configurations this is the one Iâ€™m least interested in.

If you are looking for an original G1 Overlord update and the IDW MMC version just doesnâ€™t meet your nostalgia factor, then get this one. It is worth every penny.

I've been on an MP kick as of late, and noticed I am low on Decepticons. So figured why not get one of the biggest and baddest... right?

Thank you Fans Hobby for making this amazing figure.

He is so big, yet his size doesn't hinder his play factor. Joints are all ratchet system and hold poses very well, the power master gimmicks work really nicely and transformation is smooth. The base mode is one of the most impressive base modes I have ever seen on any Transformer style toy. It convincingly looks like a base, and not a robot/vehicle filleted open. He stands perfectly well, and safe on a shelf and his 80's aesthetic is on point. Colors and sculpt are beautifully detaiIed.

I also have MB-06 Power Baser, which is also a big and impressive figure, but Double Evil makes him the small fry.

Wow, this guy is awesome. One of my favorites so far. I know some of the video reviews knock him for his feet and having difficulty standing straight up but letâ€™s face it, nobody poses their figures like they are saluting at attention. Put him in a good dynamic pose and he stands just fine.
The paint apps are great where applied. The face sculpt is fantastic. The size and shelf presence is amazing when standing next to other mpâ€™s.
Only problem I have is trying to find space in my Detolf for him and Powerbaser to share a space together. Get him he is worth the price.

This has always been a character that I really loved, due to his mysteriousness, the complixity of where he comes from. Ultimately though, no other figures have showed any interest, except for this one.

Fanshobby really paid attention to the detail of the show, there are some things that are a little off or distracting. Little things, such as the holes on the ramp. A lot of people said he has issues standing and he might fall backwards. He does tend to lean backwards, but positioning the right way leads to a proper pose where he will stand upright with no support. It's not really a problem in my opinion. Adjust the ankles before adjusting the hips or knees. I found that to be helpful, especially when standing straight up.
However, there are some tabbing issues I've had, such as the arms when you close the thruster to seal the hand in. For some reason that requires a really big push. A lot of people didn't like how the little robot guys would fall out, but if you push them in ever so slightly, they'll tab right in. Even without the panel holding them there. Which doesn't release the mechanism for the guns to pop out. You have to press a little harder for those to release, which I believe is good. I think the neck is a little skinny, it can wobble back and forth but not loosely. The head can be difficult to pose but you just have to work at it. I'm really concerned about the rails which allow the gun to be held, it feels like a tight squeeze and I am afraid with over stress that it could break, so be mindful of that when you're placing the gun there. Don't apply to much force, otherwise it might snap.

The really big issue with this figure in my opinion, is getting him to jet mode. For this mode, you must line up two tabs to slide into two shallow connector points. Once you do, you push really hard to make the connector on the top of the front part of the jet lock into the back of the jet. Essentially, this is where you'll hear a loud snap and you're looking around and examining the thing if you get it wrong to see if something broke. I would say this is the biggest flaw of this guy. Mainly because it does require a lot of force, especially the first time. It scares me everytime, even when you take it off, you have to press the button. Then you'll hear a snap or like a loud plastic smacking against plastic sound (I don't know how else to describe it.), and it's just really scary to me. It makes me feel like I'm going to break it. However, I didn't and the plastic seems to hold up really well under that stress.

The alt-modes are absolutely massive! They take up a good portion of my coffee table and honestly, sad to say, I may not have enough room to display this figure in either of the alt-modes because they're just so huge! Though I think that's a good thing. Nothing like a base right on your table. He's not small, he's easy to see, every mode looks amazing, and beautifully crafted! If you've been holding out on an Overlord, then this is something you'll want in your collection because of the size, the detail, and show accuracy! this is a premium item. Despite its problems, I feel like my purchase was worth every penny!

this figure was way more than i was expecting. i knew he was huge but this was more than expected, he absolutely fits in with my masterpiece decepticons(and i even have him as the center piece) great articulation, the only think i wish was more ab crunch, but the gimmicks with the powermasters makes it understandable. the sculpt is great, the paint is great, the whole thing is just great. deffinantly worth the price, and deffinantly worth five stars.

This guy is ready to do battle! He has ratchet joints everywhere and the transformation is a fun-filled adventure. He is very bulky so don't be in a rush and enjoy how he is marvellously designed. The power Masters mega and giga fave elbow and knee joints. No dicast but still has mass to him. All accessories connect securely but one small hiccup is when connecting the front of the jet to and from the body you might want to pop the head off the ball joint 1st because of the design.. he is a must have!!!

Wow! This one is awesome, very big and detail.
The transformation was good and the whole thing looks clean. Worth of the money and it does look good next to the MP collections.