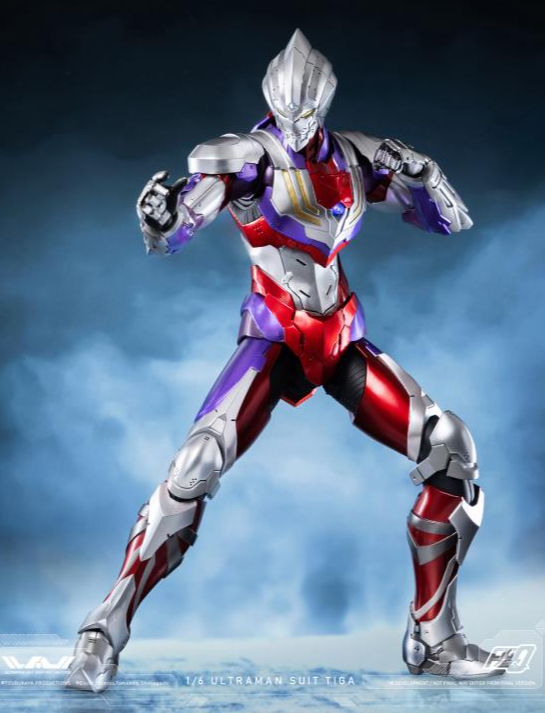 Ultraman continues to expand from manga into anime and games, and now from the incredible ever-expanding world of the Ultraman Suit Another Universe project, Ultraman Suit Tiga has been made into a 1/6th scale articulated figure!

This collectible is 1/6th scale collectible is a fully posable figure with over 47 points of articulation and measures approximately 12.4 inches tall. Ultraman Suit Tiga has a detailed paint application, and is constructed partially of die-cast zinc alloy and other metal parts. LED light-up features are installed at the eyes, Tiga Crystal on the forehead, and the Color Timer at the chest.