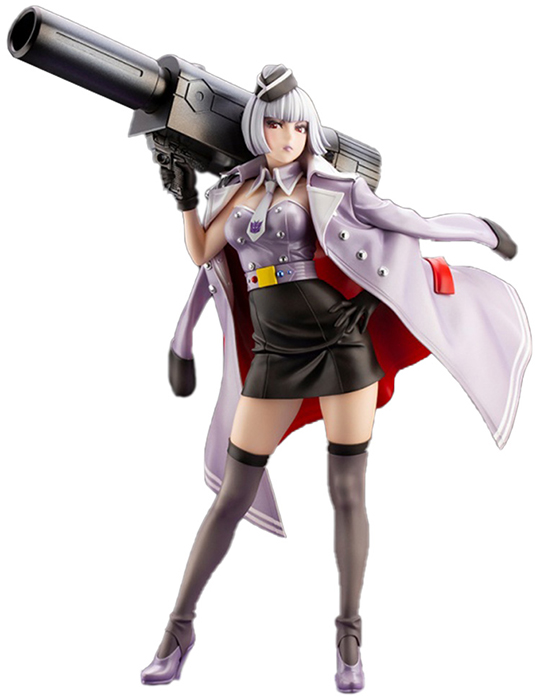 Kotobukiya is proud to present the Megatron Bishoujo Statue!

Based on the enthralling toy concept of everyday objects transforming into robot-like lifeforms, The Transformers series has captivated the world with its films and cartoons.

Since 1984, this series has been loved by people from all walks of life across the globe and now, Hasbro, Takara Tomy, and Kotobukiya have teamed up to create the new TRANSFORMERS BISHOUJO series!

Laying the foundations for the still beloved series, the first generation, The Transformers (or G1 for short), have been given a Bishoujo-style makeover by Shunya Yamashita. The second statue in the series, Megatron, is the Emperor of Destruction and leader of the Decepticons.

'You fools!!' - This is one cold hard Bishoujo with a stare that could kill.

Her bob hairstyle with straight bangs, garrison cap, and dark eye shadow are merely a few of the features that have been carefully designed to capture the feel of the original Transformer. A pearl colorway beautifully adorns her military uniform. A contrasting crude gun metallic color is used to paint the Fusion Cannon, attached to her right shoulder. The details including the handle of the cannon skillfully incorporate the aspects of the original Megatron.

Her base also has the Decepticons logo in a stunningly painted metallic colorway. Bumblebee will also be receiving a makeover as the third installment to the series! Roll out!

Be sure to add this amazing Megatron figure to your collection and order from Toygeek today! 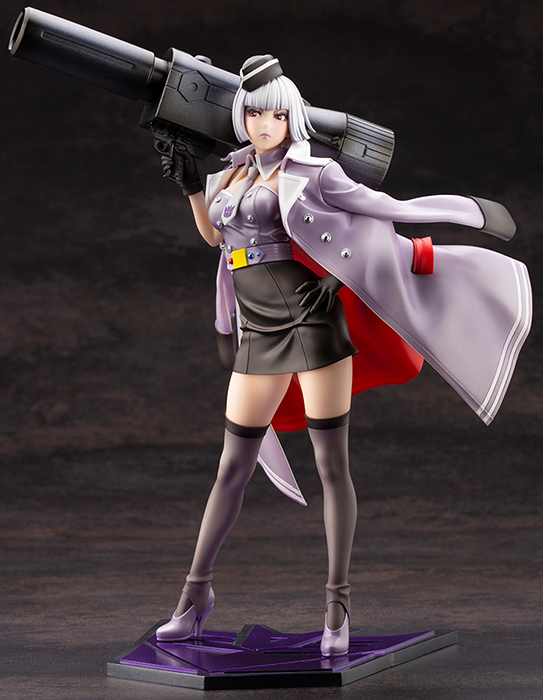 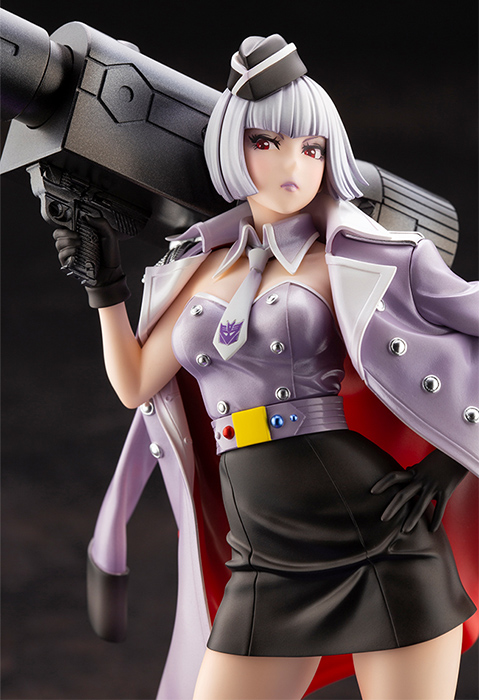 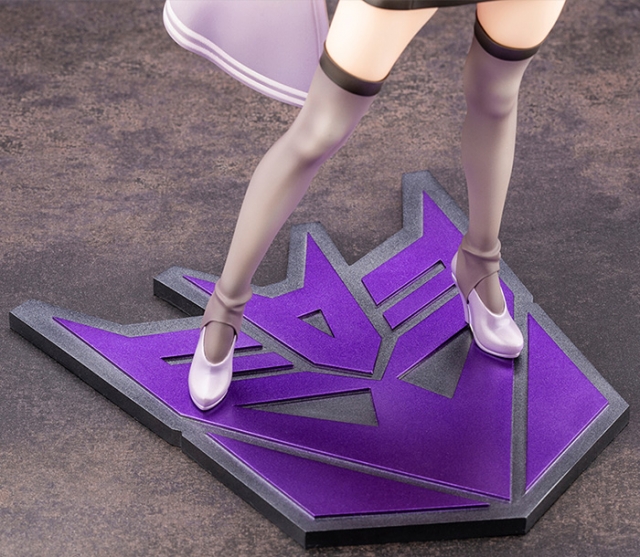 Bishoujo Megatron features the Decepticons logo painted metallic on the base!