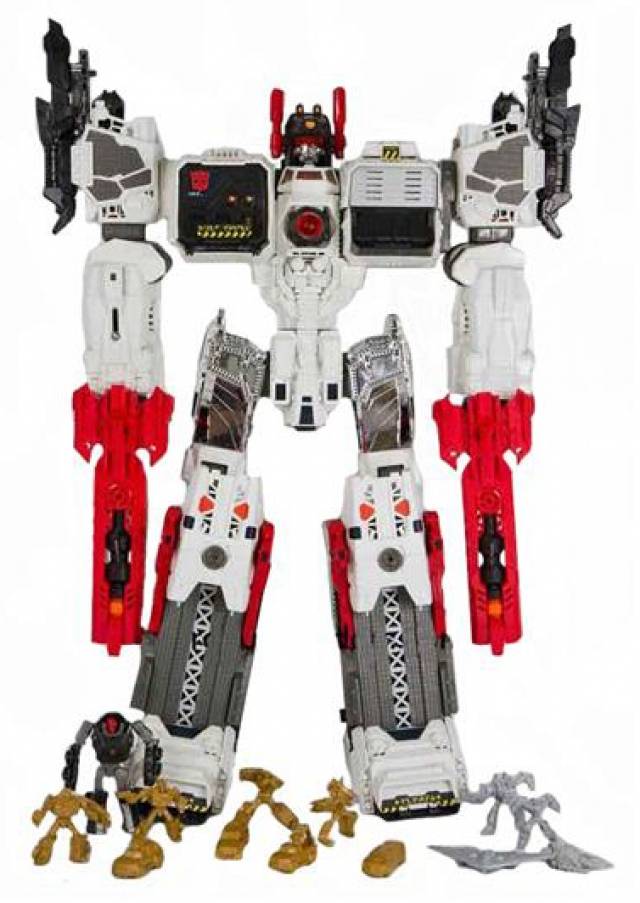 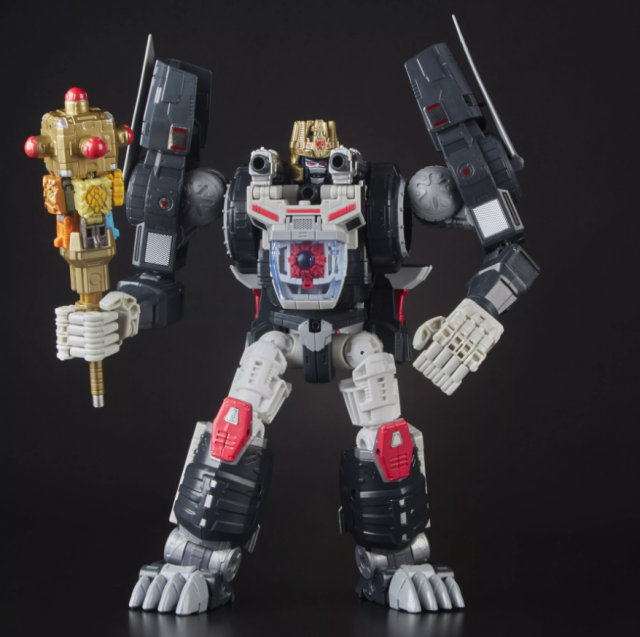 Transformers Generations Titan Metroplex Hong Kong ACG-Con Exclusive is exclusive to the Animation Comic Game Convention held in Hong Kong in 2013.  This version of Titan Class Metroplex is almost identical to the SDCC version, except it includes the gold and silver colored decoy figures. Figure features chromed parts and two guns which is an improvement on the original release of Transformers Generations Titan Metroplex.

The landmark piece of Hasbro's Thrilling 30 anniversary campaign, Transformers Generations Titan Class Metroplex stands approximately 24 inchees tall in robot mode, and was labeled at the time the tallest Transformer figure ever made.   His Robot mode is highly articulated and includes individually-jointed fingers, and even pupils that can move side-to-side via a lever on the back.

I had to have this to complete my Titan collection! I have the LG-EX Grand Max and LG-43 Trippie. Was deciding between the LG-EX Metro and the ACG and decided on the ACG for the chrome and extra. Very happy with my decision.