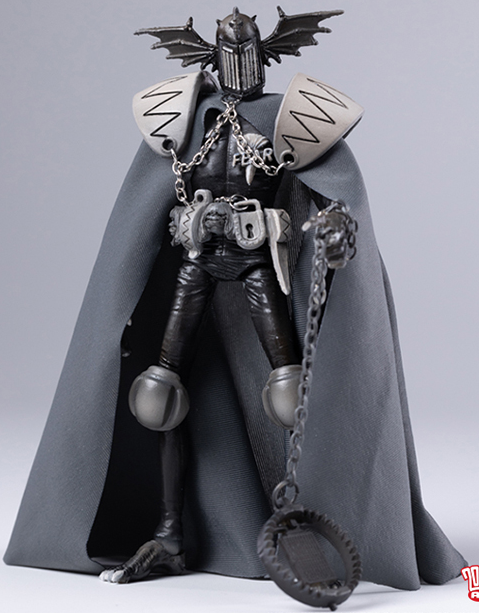 He’s the lord of fear in any colour – and the black and white variant of the undead alien superfiend Judge Fear.

We and Rebellion are proud to announce another of the 1:18 PVC action figures in the eagerly anticipated range based on the world of Judge Dredd. Judge Fear is the terror-inducing member of the Dark Judges, the alien superfiends from a dimension where all life has been
declared a crime. A single look behind the gothic windows of his helmet visor reveals his victim’s worst fear, scaring them to death!

He was also involved in one of the most iconic moments in the strip’s history - grabbing Judge Dredd’s head and opening his visor, he announced ‘Gaze into the face of Fear!’, to which Dredd replied ‘Gaze into the fist of Dredd!’ and punches straight through Fear’s head.

This ‘black and white’ variant of the Judge Fear figure will come with 16 points of articulation, shoulder and joint pads, chain and badge of office, utility belt with dimension jump, imposing winged helmet and a fearsome mantrap accessory.

Add this amazing figure to your 2000 A.D. Judge Dredd collecion and order your Judge Fear Black and White from ToyGeek today! 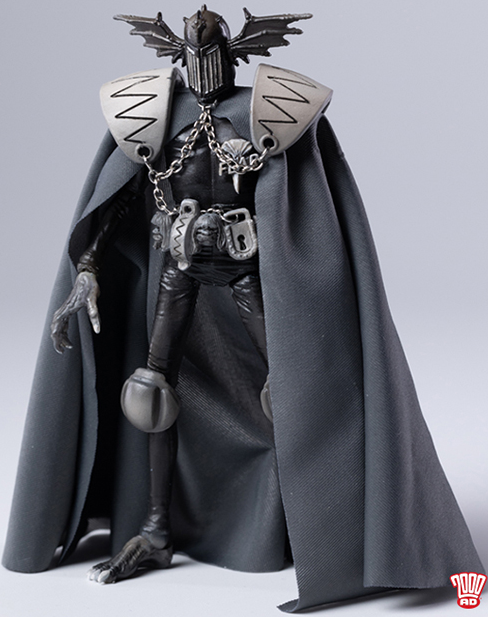 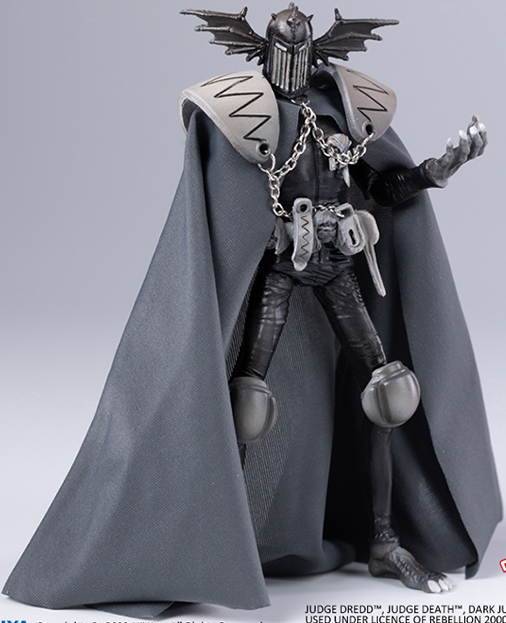 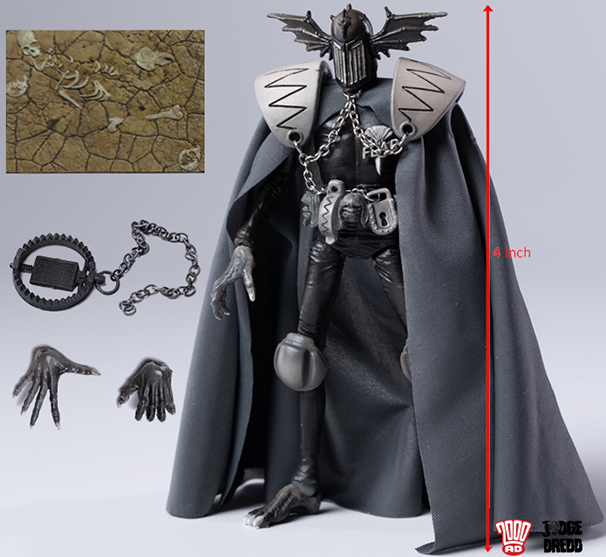