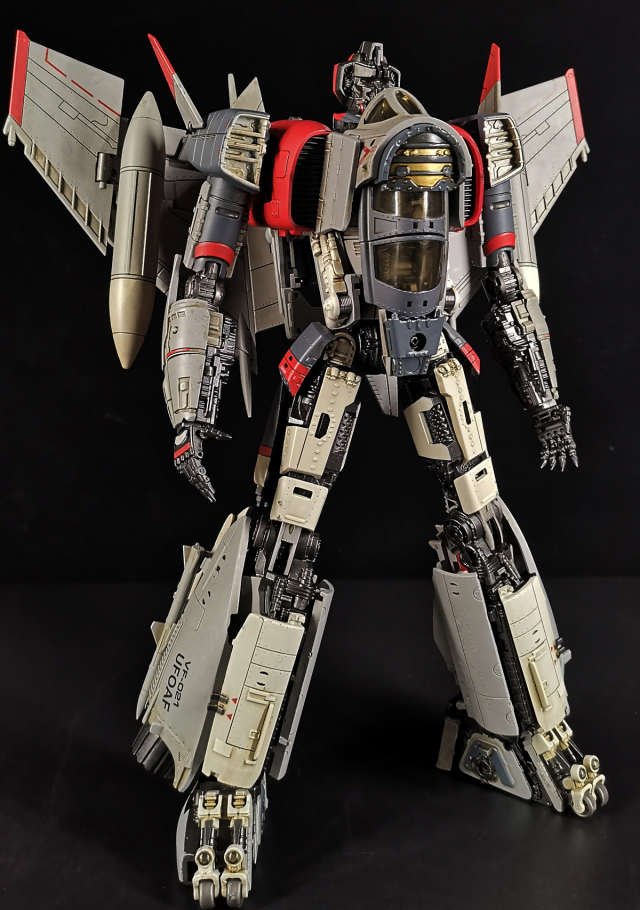 Robot mode eyes and engine can also light up! Batteries not included, AG0/SR521 batteries are needed. 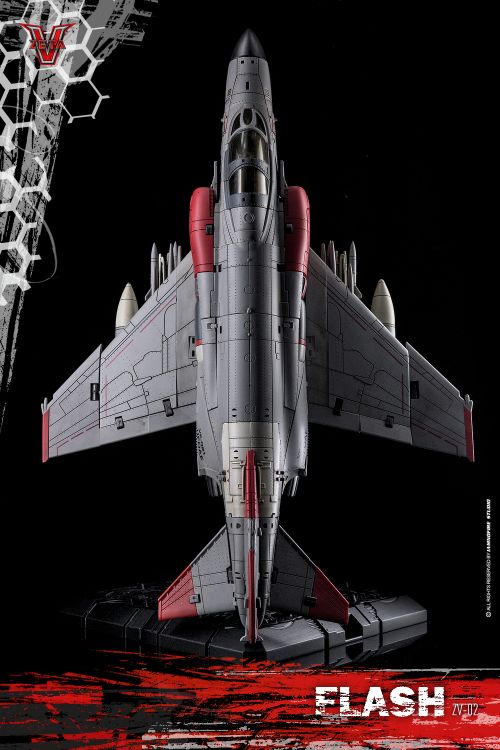 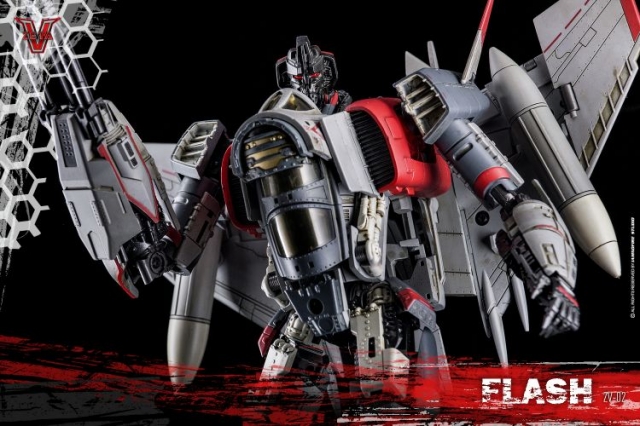 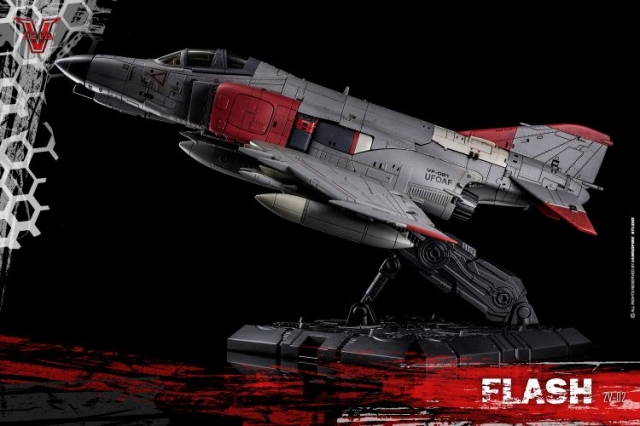 Zeta Toys ZV-02 Flash does include a base/stand!

The transformation is a nightmare, not fun, barely holds together. So much bending plastic parts around other parts, weak ball joints constantly popping off, uses odd jigsaw connections on some parts instead of standard connecting pegs, loose floppy joints on other parts. the wings that are packed separately don't even attach securely. And the worst part, if you swivel the shoulder joint enough times it will unscrew itself and pop off, not using any force, just normal rotations. And you cannot screw it back in. Utter garbage and a huge waste of money.

I've gone through two of these figures, and they have terrible quality control. Panels are often warped and bent, and won't plug in to each other due to being misaligned.

The die cast pins and screws holding the joints together are terrible, often too short to hold the joint together securely, too long that they obstruct movement, or are not secured properly in any way to keep the figure from falling apart. The main screw holding the arm to the shoulder will strip the entire plastic molding out of the socket when rotating the arm at the shoulder, causing it to fall off and be unable to be re-attached.

The weathering paint effects appear to have been applied at random with no thought as to how it would affect the figure's construction. On my first copy, the elbow joint on one of the arms was completely immobile, as the paint that had been applied had seeped into and bonded to the plastic and die cast, sticking it in place, preventing the figure from properly transforming.

The instructions are unhelpful and unclear, with steps both out of order, and completely skipping over how to transform the shoulders and align the arms correctly.

Instructions are absolutely horrid in the places they need to be extremely specific, and that would be okay if the tolerances werenâ€™t so terrible. Iâ€™ll give them the benefit of the doubt, if the paint wasnâ€™t so thickly applied on my copy, the transformation would be significantly better, but as it stands I have already returned the figure.

I wanted to love this figure so badly, but there are some serious flaws with this as a transforming toy. I do very much *like* Flash though, so we'll start with the good:

Amazing bot mode. The promo shots are accurate, the 'bot looks incredible, has great poseability, nice heft and for the most part, holds together quite nicely. The legs do indeed stay together much more solidly than on Thunderwarrior. The Accessories are nice as well. To display purely in 'bot mode, this figure can't be beat.

Now... the bad. First and foremost, the peg joints connecting the wings to the back were CRIMINALLY loose on my figure. Perhaps this is a QC issue, so your mileage may vary. The paint is rather thick in places, or perhaps certain slots too narrow, but I had to shave down a lot of parts just to make them connect properly when transforming him into jet mode. Notably, the white shin plates CANNOT be properly tabbed in in jet mode without shaving the paint off the connector tabs. The primary elbow joints on my figure were incredibly tight as well. Had to unscrew the assembly and felt like I had to nearly break them to get them to move. Fortunately they seem to have loosened enough to move freely now. Other random ball joints are either too loose (shoulder fins, flat grey leg panels, spring-loaded thigh plates are a joke) or too tight (shoulders, heels). This all adds up to making him very frustrating to transform - not because the engineering is bad, but because the QC is non-existent.

Jet mode is marred by the presence of thigh kibble on the sides above the wing. This would be a minor gripe normally, but in the context of the above, it just contributes to make me want to use this purely as a display piece in 'bot mode.

Disappointed, but ultimately still happy with the purchase. Had to do a lot more tinkering and modding than I'd prefer to on such an expensive figure, but after plenty of applications of kiki, nail polish and xacto knife, Flash is more beautiful than irritating.

Looks amazing and can't wait to transform it

Such a beautiful piece my favorite Vietnam era plane in alt mode love the missiles and drop tanks you would be a fool to not get one!