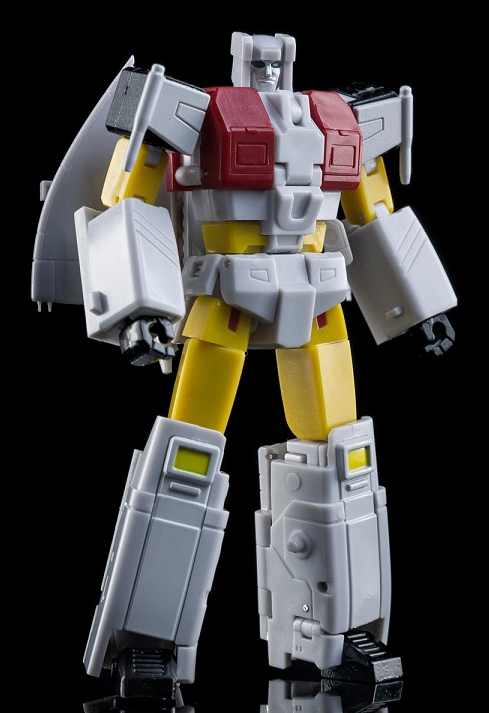 Zeta's 3rd Party Figures focus on making highly detailed 3rd Party figures available in Legends and other scales, with good articulation and poseability.  They also feature improved designs on fan favorite characters and use advanced engineering techniques to bring a high quality figure to the market

Start your Zeta Collection today with ZC-03 Silver Arrow.   Add this highly sought after piece to your collection today at Toygeek, your source for 3rd Party collectible transforming figures. 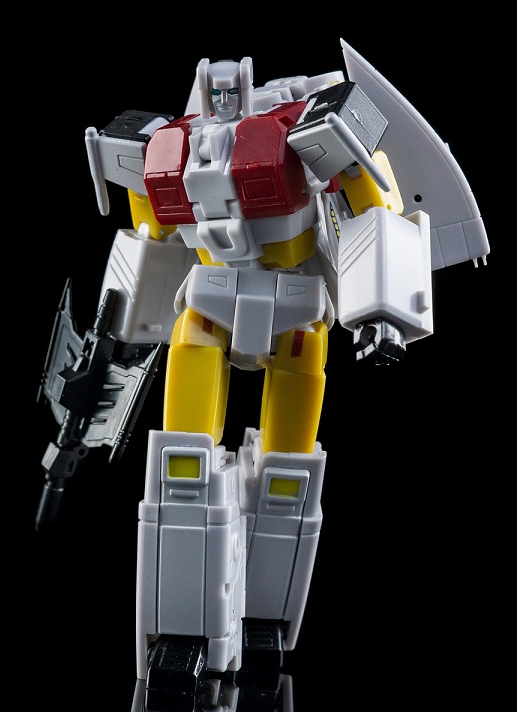 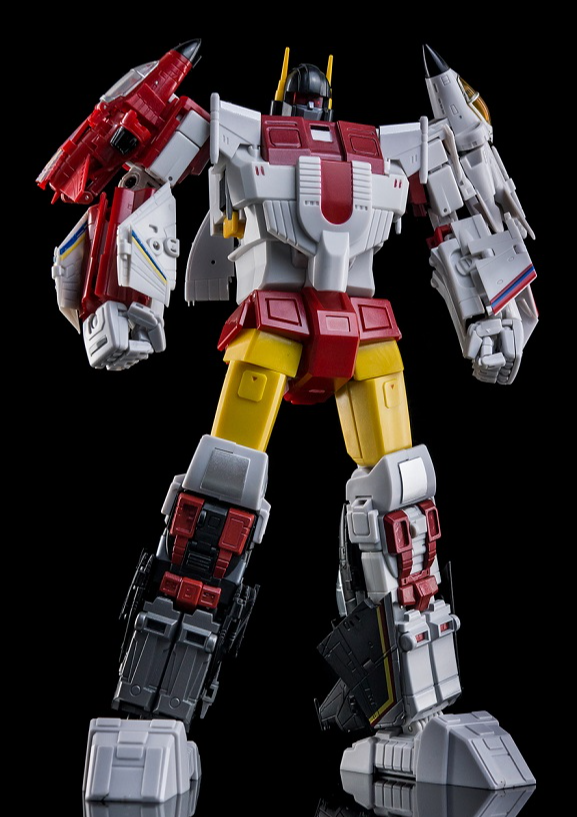 This is a review for both Silver Arrow and the combined Superitron. I'm putting the review at 5 stars, but I think 4.5 stars would be more accurate.

Overall, Silver Arrow is probably the best of the legends scale Superitron team. The figure quality is on par with Skystrike's and Downthrust's if not a little better due to the larger size. The plastic quality feels great, and he has a good weight to him. Some of his joints and sliding parts are a bit loose, but not overly so. He has fantastic articulation too. There's not much paint on him, but what's there is great.

The biggest downside is that his backpack is rather fiddly. Oddly, I think it's an improvement over the masterpiece scaled Silver Arrow's backpack. However, most likely due to the smaller size, everything doesn't peg in the best, and sometimes it will just come apart when articulating the figure. You can actually (unintentionally) remove his backpack if that's something you want to do.

The final combined mode is really great in a lot of ways, but also has some quirks that hold it back.

Overall, this figure echos the masterpiece scaled Superitron figure's quality. It's big, it's sturdy, and it's going to look great on your shelf. The articulation is fantastic too. For the only legends scaled Superitron combiner available in 2022, this is worth picking up to pair with your other legends scaled figures--especially the more G1 cartoon accurate ones.

However, it does suffer from some fiddliness--especially with the arms--and some joints really needed to be ratcheted.

The arms (Catapult and Flyfire) are made of very thin and cheap feeling plastic that doesn't lock together the best. Because of this, you'll have to be careful when articulating Superitron's arms and will have to put stuff back in place all the time. The elbow joints on the arms should have really had a soft ratchet joint as well to help hold them in place better. The legs fair better, but the tail-fin sections on the back can also be fiddly. Silver Arrow's backpack issues also present themselves here too.

The most concerning part of Superitron though are the up-and-down friction ankle joints. The hip joints, knees, and ankle rockers are all ratcheted joints, and feel very strong. However, the up-and-down ankle joints are only held in place by friction. This can cause Superitron to start to lean forward or back if you stand him straight up--the weight of the figure pulling him in either direction. I worry that this friction joint will wear down over time and become looser. Because of that, I recommend posing him in a way that helps take pressure off those ankle joints.

Overall, I like the transforming airplane team and Superitron a lot; however, I don't LOVE them. This is my favorite transforming robot team, and perhaps this makes me overly critical. However, I LOVE Zeta Toy's masterpiece scaled Superitron--it's done very well. I can't give the same love to this legends scaled version though.

I hope Zeta Toys keeps making legends scaled figures, and gets better at making them. I would love to see them revisit this set in the future with improvements (maybe in G2 colors, please?). Hang in there, Zeta. You got what it takes, but you need to pay attention to the details.

I ordered the whole set to make the mini-Superitron combiner and theyâ€™re pretty awesome. But, they are a little finicky.

They look fantastic, both as individual bots and as a combiner.
Once fully transformed and combined, Superitron is very stable and posable.
Great G1 look accurate to the cartoon for combined mode.
Swappable parts make it easy to get two different looks for the combiner.

Cons:
Very finicky transformation. Virtually all of the aerial bots here have one or more parts that are on extremely thin, fragile arms. Experienced collectors shouldnâ€™t have too much difficulty, but this set definitely isnâ€™t for people unused to handling delicate transformation gimmicks.

Some of the sliding parts are with way too loose or too stiff. You have to be very careful when transforming the bots that make the arms, as their sliding gimmick parts really donâ€™t want to snap into place.

Not Silverbolt here has a particularly finicky backpack, even after you secure everything in place, it likes to come apart a bit. I recommend using a toothpick to extract the bar thatâ€™s used to plug the backpack in place, as itâ€™s nearly impossible to get your finger in the recess that it sits in. The instructions also do a terrible job of telling you about some of the smaller pieces you need to use to secure things.

Despite all of the complaints I just made, theyâ€™re all minor in light of the overall quality of this mini combiner. The engineering at this scale is very impressive and the look of the set is superb. If you can get it at MSRP, itâ€™s well worth the cost. Though I know that many will prefer Zetaâ€™s larger Superitron combiner set.